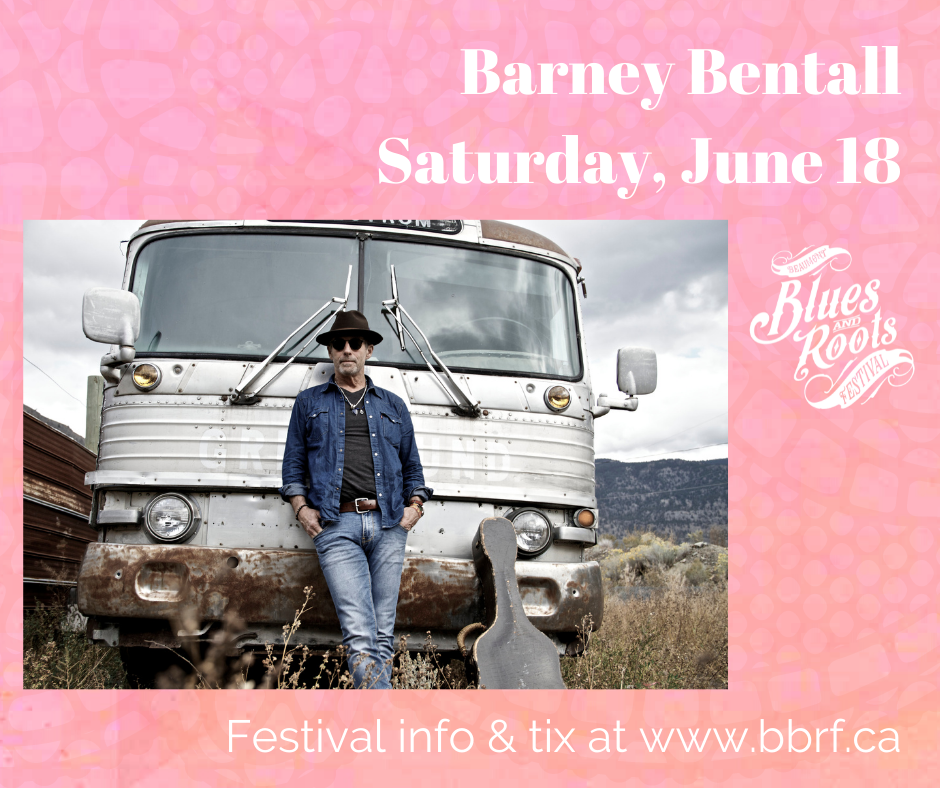 After a half decade layoff from recording on his own, Barney Bentall returns with his finest, his most powerful, and most incisive album to date, The Drifter & The Preacher on True North Records.

A rugged, fiercely ambitious work, The Drifter & The Preacher combines an intensely personal artistry with a broader vision of a public figure coming to terms with his ordered life as a musician, as a songwriter, as a husband, as a father, and as a son while turning in his most urgent, and forceful performance in memory.

While his catalog overflows with stellar music, this masterful, expertly crafted album is in the vein of the best recordings of Blue Rodeo, Jackson Browne, John Prine, Ian Tyson, Ron Hynes, and Tom Cochrane, and may prove to be a truly defining moment in Barney’s musical legacy.

At the core of The Drifter & The Preacher are two integral figures of the past that burn brilliantly: Barney’s father Howard, once a senior minister at Calgary’s First Baptist Church; and Barney’s father-in-law, a grand old man who set high standards, and broke new ground.

Inspired by his father-in-law, “The Miner” marks the first time Barney and his son Dustin, who enjoys a successful musical career in his own right, have written together. “When we started working on the song, I didn’t necessarily want to lead with my ideas,” says Barney. “I felt that this was an invitation to create together. ‘Let’s see where you want to go with this.’ Dustin wanted to talk about his grandfather, and he started writing it about how the guy was always heading north to pan for gold in the Cariboo. The eccentricity and adventure of that spirit. Even with his professional career as a dentist, he would head up there because he loved the land. Songs go where they want to go and gradually it became more about a mutual friend we have, but with this subtext of the elder who we both so admired.”

“‘The Drifter’ is directly based on that elder (my father-in-law) who was such a pivotal character to me. His stories about riding the rails and about World War II were riveting and entertaining. He was one of the most interesting, and most intelligent people I have ever met. He taught me many valuable things, and gave me my best friend, my wife Kath. He died with his boots on at the age of ninety-three. I wrote this song at our ranch shortly afterwards on a star-studded night. The feel that the band laid down on this track gets me every time.”

With “The Preacher,” Barney says he was attempting to capture some of the rock & roll rebellion spirit which had taken place in his early years. “It’s not fully autobiographical,” he cautions, “it’s about my situation, though. I had to really think about what I wanted or didn’t want to say in this one. I used to think, when I was young, that being a preacher’s kid would somehow keep me from a career in music… until I read a biography or two. I realized you couldn’t pick a better past!”

Barney acknowledges that songs often write themselves. “There are times I look back, and think, ‘Well, that’s not where I thought this one was going to go.’ I examine that in ‘Won’t Change The World.’ A song takes you where it wants to take you, if you are open and you surrender to those moments. With ‘Don’t Wait For Me Marie’ I thought, ‘I’m going to write a song about a guy leaving the Fraser Valley near Vancouver in the 1800s to look for gold in the Cariboo.’ I wanted it to be an uptempo bluegrass song because we were starting The High Bar Gang; I was very immersed in that style of music. Ultimately, it didn’t quite feel right so I decided to try the song with minor chords and an edgier feel. The feeling, subtext and meaning of the song did a one-eighty and I thought ‘This was what I was looking for!’ I love the way music can do that to words.”

Dive deeper into The Drifter & The Preacher, and listeners will be drawn throughout to an evocative Canadian landscape dotted by robust adventurers, and heroic characters; reflecting Barney’s deep love of history, though he is not trying to teach history. Instead, he lets listeners feel for themselves how these individuals grappled with and came to terms with their natural adversaries.

Canadians first met Barney in 1988 as leader of the Legendary Hearts when MuchMusic embraced an indie video of the heartland anthem “Something to Live For.” Next came a self-titled Epic Records’ album which sold over 100,000 units, and earned the group a JUNO Award for Best New Group. As his life began moving at a dizzying speed, Barney was swept into a circle of peers that included Blue Rodeo, k.d. lang, The Tragically Hip, Colin James, 54.40, and The Odds. His career education took place in parlaying strong grassroots popularity into a national following; and by playing to crowds in seedy bars to concert halls and arenas all over Canada. At its peak, the band was playing 200 dates a year, graduating from touring in a van to a motorhome to tour buses.

Barney Bentall and the Legendary Hearts released four further studio albums: The “Lonely Avenue (1991), Ain’t Life Strange (1993), Gin Palace (1995), and Till Tomorrow (1997). A Greatest Hits 1986-1996 was released in 1997.By the mid-‘90s, Barney decided to focus more on music that satisfied his own creative impulses while members of the Legendary Hearts transitioned into other careers.

In 2000, Barney took time off from music to reflect on the next phase of his career. With his brother-in-law, he and his wife then purchased a cattle ranch in the Cariboo region of British Columbia. Although he spent a sizeable amount of time running the ranch, Barney never quite removed himself from music. While remaining on the borders of the music landscape, he’d peek in to see if he saw anything he liked. This includes returning to recording with his solo albums Gift Horse (2006), which received a JUNO nomination, followed by The Inside Passage (2008), and Flesh & Bone (2012).

This also encompasses working with the boisterous old-time Vancouver bluegrass band The High Bar Gang; with the BTU trio (Shari Ulrich and Tom Taylor); and with The Cariboo Express, a traveling, fundraising old-time musical revue.

Comfortable in his own skin, Barney today doesn’t have dramatic, extravagant feelings about his work. He’ll keep doing what he’s doing to the best of his ability. He doesn’t see one moment of inspiration as any big climax. It’s just a matter of sharing his tools, keeping in shape, and self-discipline.

“My solo work is very important to me,” he sums up. “I wouldn’t want to be playing only with the Legendary Hearts. It’s wonderful when we do get together for some gigs because I do have my solo career and the Cariboo Express project. Right now, I’m focused on what I am doing on my own, but the other projects keep me learning, traveling new pathways, and keeps music vital for me.”

As frequent collaborator Jim Cuddy, who guested on “Won’t Change The World,” notes, “Barney had a similar trajectory as a neo-roots troubadour to the one we experienced in Blue Rodeo. He has so successfully transitioned from fronting a rock band to being a true Canadian troubadour in the tradition of Lightfoot, McLauchlan, and Cohen. I have loved his solo records, and they have frequently brought me to tears. He is a very poignant songwriter. His voice has the ring of authenticity, and I am easily swept up in the narrative of his songs. His records are my ‘go to’ ones when I need some familiarity to soothe my worries. Quite a man, quite an artist.”

The Drifter & The Preacher is available on October 13, 2017 on True North Records.